*note: i highlight a couple of my favorite things in the below post, and i’m doing it on my own. there’s no sponsorship involved with any of the items listed below!

i’m so embarrassed that it’s taken me this long to get to this post. i’ve had this one on my list since, well, the end of 2013. every year, i get my hands on some pretty cool stuff at the holidays (yes, as gifts) and i love to share what i am a huge fan of! so, just a few months late, but here are my favorite faves from this past holiday season (and are also great ideas for mother’s day, birthdays, anniversaries, or just for any day…) 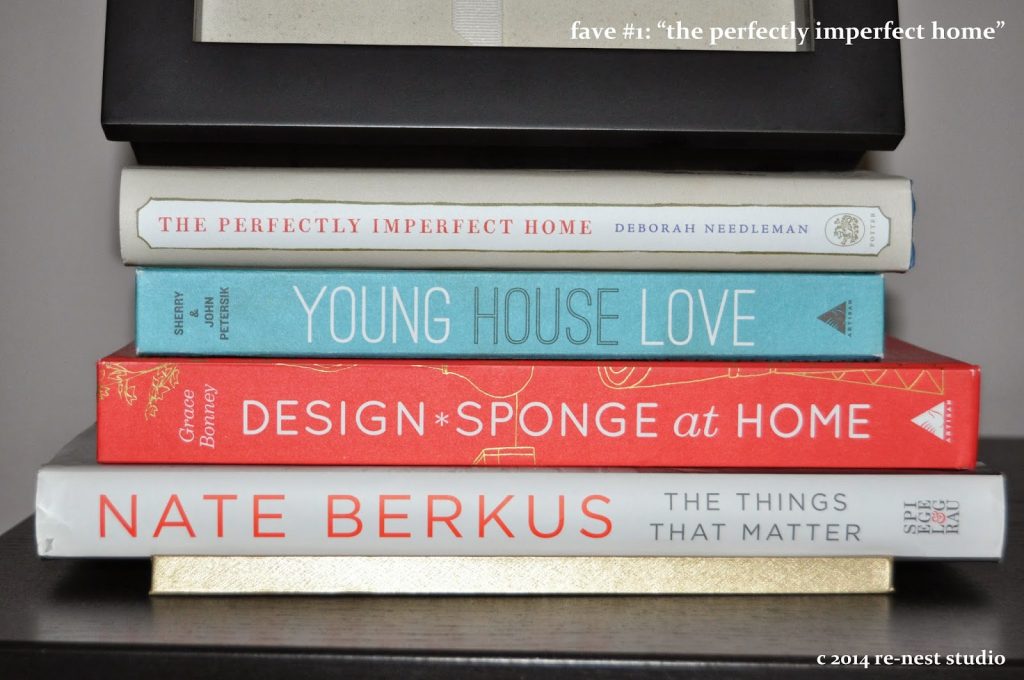 1. “the perfectly imperfect home”…the fabulous beyond fabulous book by domino magazine (which, by the way, made it’s new debut a while back after taking a hiatus). this is not only a lovely hardcover book to have around the home (if you like to use books as decor like i do), but it’s also very, very pretty to look at and has some wonderful room and space designs and decor.

2. eames house bird…i realize many might go, “why is this a favorite of yours? it’s a bird.” yes, it’s a bird. but it’s not just any bird. you see, mr. re-nest and i are fans of the mid-century modern design team of charles and ray eames. (remember how i’d mentioned my design tastes had changed in this blog post? the designs of charles and ray eames were a pretty big factor in those changes.) well, the draw to the bird started about four years ago when we gifted my amazing brother-in-law (that’s you, tony) with one of these for his birthday. and i totally suffered from “i want that” syndrome. but we had just had little mr. re-nest #1 and there were diapers to buy and child care to pay for, so the dream of the bird kind of lapsed. until christmas morning when i opened the box and there was the bird. and i started cracking up laughing. because you see, i had ordered mr. re-nest the same bird for his january birthday (it was on its way at the time). so, now we have two birds. 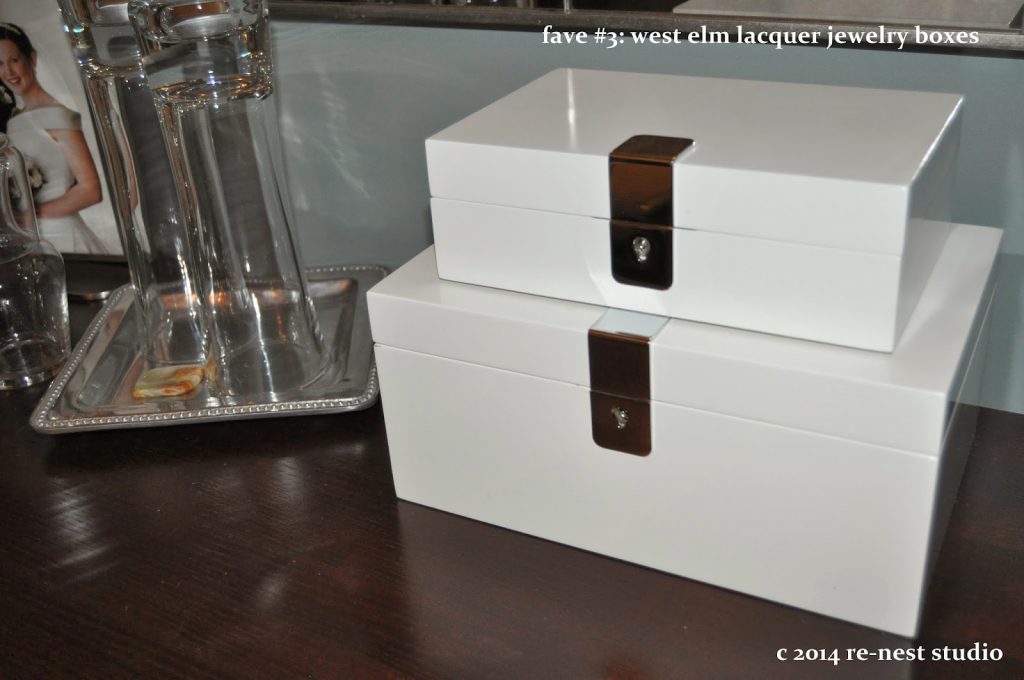 3. west elm jewelry boxes…okay, so i have literally been asking for a new jewelry box for the past six years. no joke. yes, i did have a jewelry box (so it wasn’t like all of my stuff was just thrown about), but it was about fifteen + years old. it was a nice one…back from the hold everything days (does anyone remember hold everything? it was like the pre-container store store that was owned by williams-sonoma….and for anyone who remembers it, there was a store at keystone at the crossing in indy!) so, i came across this great lacquer jewelry box from west elm that i decided i liked. sleek and modern and didn’t take up too much space. well, santa brought me one of the larger ones and after moving stuff over to it, i figured out that i needed a little more space. thus the second (and smaller) one you see in this pic (happy birthday to me!)

4. little houses marla sweater…this was such a find. such a great, great find. i have a great friend here in dekalb that introduced me to this adorable and talented etsy artist at little houses clothing. one day we were meeting up for a playdate and she had this adorable knit sweatshirt/jacket on…it was asymmetrical with cool puckers and buttons and just loveliness. so i started shopping. well, looking and choosing my favorite to put on my christmas list. and my favorite just so happened to be called the “marla” sweater. and thanks to my wonderful mother-in-law, my christmas wish came true! and i have to say, this is the most comfortable, well-fitting knit sweater i have ever had. it’s super cute and comfy and most importantly, i can throw it on and it has some level of style so i don’t feel like a sloppy mommy. (i know someone out there knows what i mean!)

5. kate spade kids china…am i the only one who has a baby china set for my kids? seriously, i’d love to know. because we were gifted with one when little mr. re-nest #1 was still a cookin’, and so, we couldn’t leave little mr. re-nest #2 hangin’. we got the cutest set of kate spade kids china…the crunch bunch set, and it is a-d-o-r-a-b-l-e. i love the tiny plate and bowl and cup. (okay, the fact that we have this is really more for me and as a keepsake, but i love having it!)

there you have it, re-nest friends! i’m only three months late with this, but it’s here…my fave things from this last holiday season!

how i spent my friday night

a teepee, some books + a gentlemanly reminder 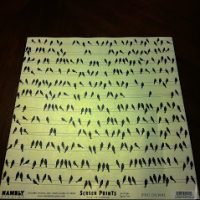 this is what happens when…