i kinda feel a little like a broken record these days….i’ve been blessed with so many opportunities to design + create totally custom-made pieces that every single one that comes out of the studio is my absolute fave! so, instead of playing favorites, let’s just say from now on, these are featured re-nest pieces…how does that sound? because honestly, i love each and every piece i have the good fortune to be asked to make!

this week’s feature is a very cool, modern + totally unique set of two canvases made for a special mama-to-be. (she’s super special because she’s a great friend, and she also happens to be the one person i trust with my hair….you know what i’m talking about, that relationship with your hair stylist is unlike any other…)

so, we’ve been friends for several years now. she has given both little mr. re-nests their very first haircuts, she made sure my hair was properly trimmed + ready for when little mr. re-nest #2 was coming along, she gave me bangs when i begged for them, and last year, she chopped at least seven inches off my hair when i told her it was time (but she knew enough to tell me she would NOT take more than that off, because she just knew i wasn’t ready for that much change….geez, she knows me so well!)

i had the great opportunity to make two special pieces last year for her first nephew when he was born, and, this year, it’s her turn to become a mama for the very first time! so, when her sister reached out to me a while back about making her a very special custom piece for the nursery, i wanted this to be so special and something so unlike anything i’ve done before. her sister + i immediately went in cahoots with one another, and started coming up with ideas.

it had to be gender neutral (this baby was going to be a surprise!)

the nursery was going to be benjamin moore’s amherst grey (love that color!)

we liked the idea of the abcs.

then i started noodling + sketching, and i was totally loving the idea of using alphabet blocks in this piece, blended with my paint + paper art. i started digging for cool alphabet blocks….there were the traditional ones, and then there were these really, super cool blocks we found at target.com made by B. toys. and both the sister + i were in love with the blocks. the sketch started, which led to painting, which led to lots of paper art, and the final pieces!

so without further ado, here are the finished pieces! 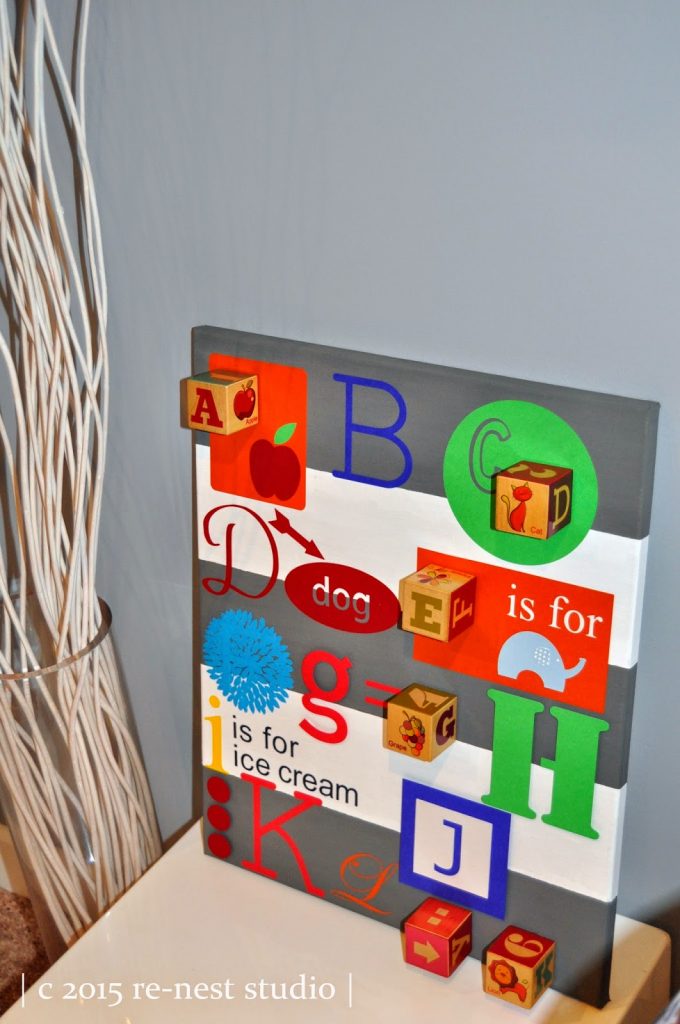 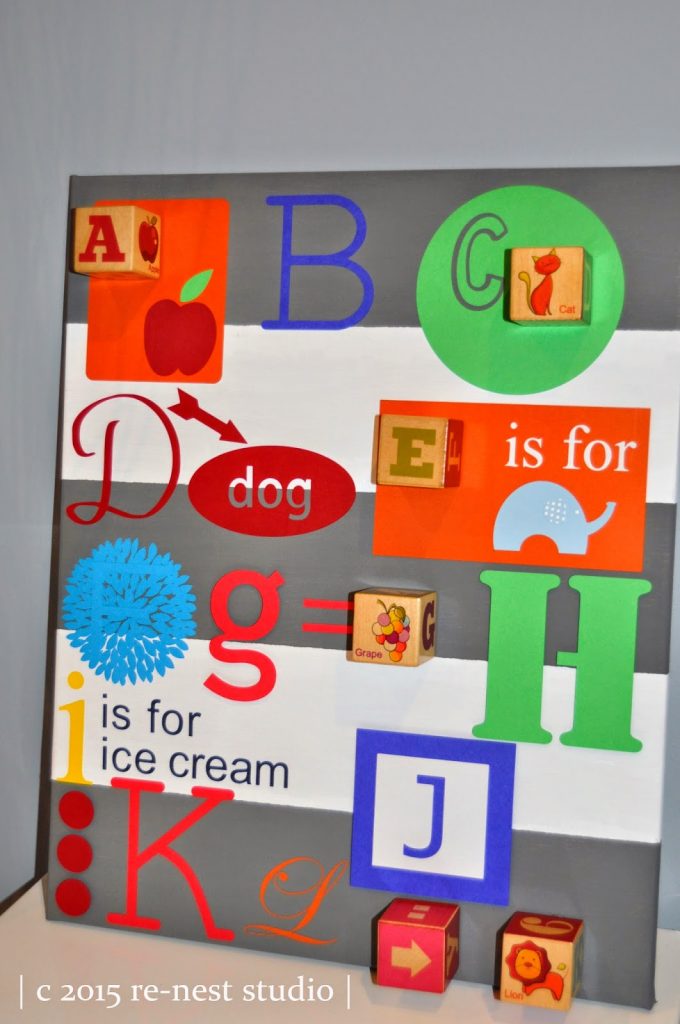 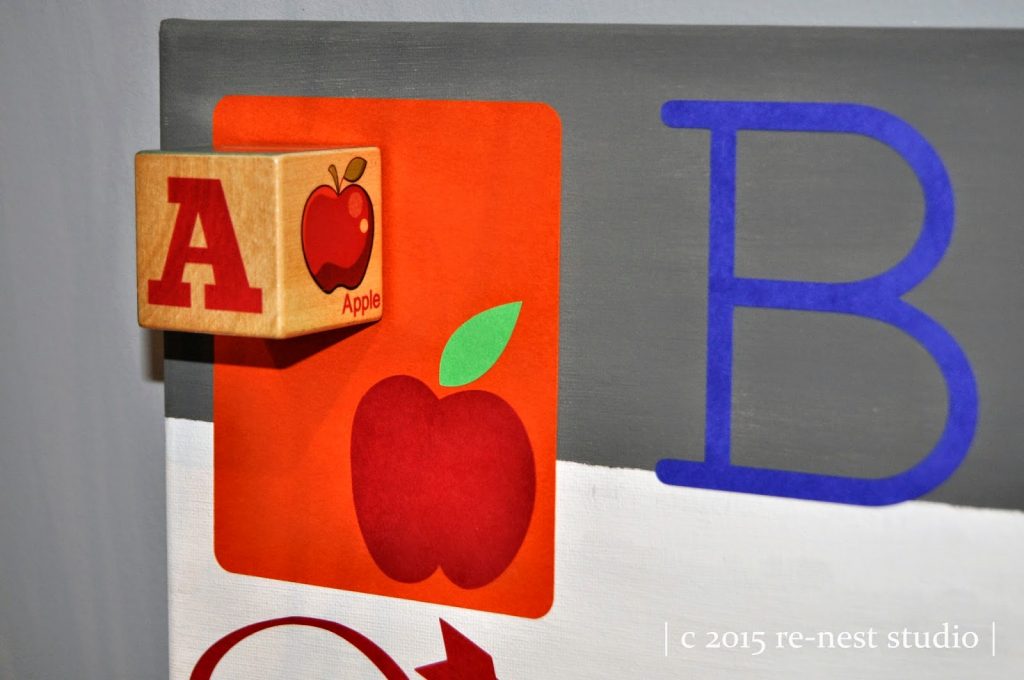 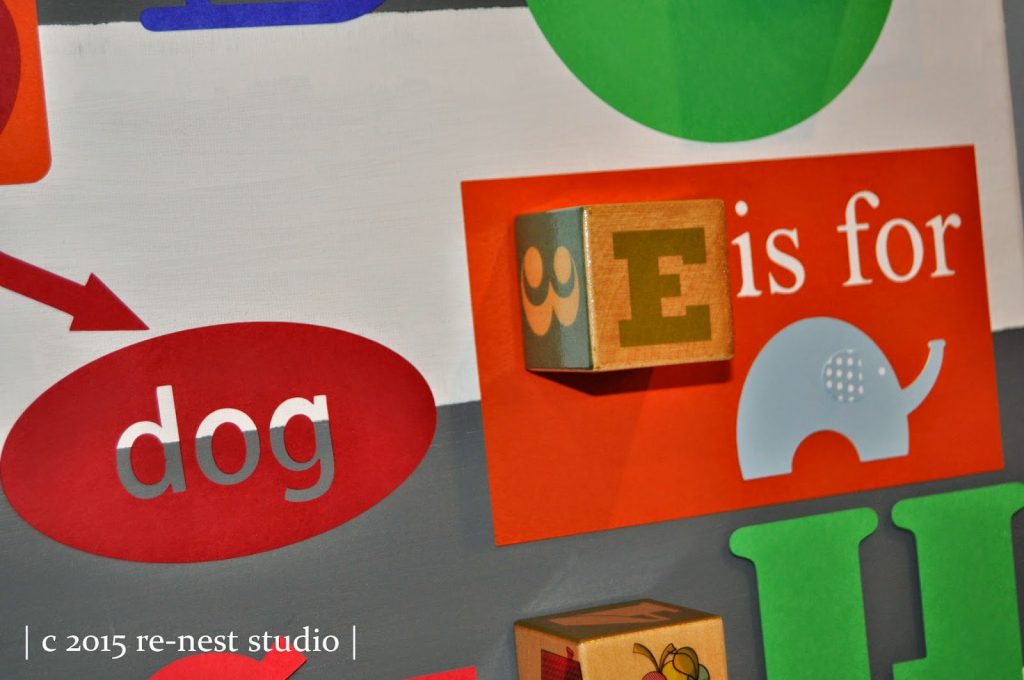 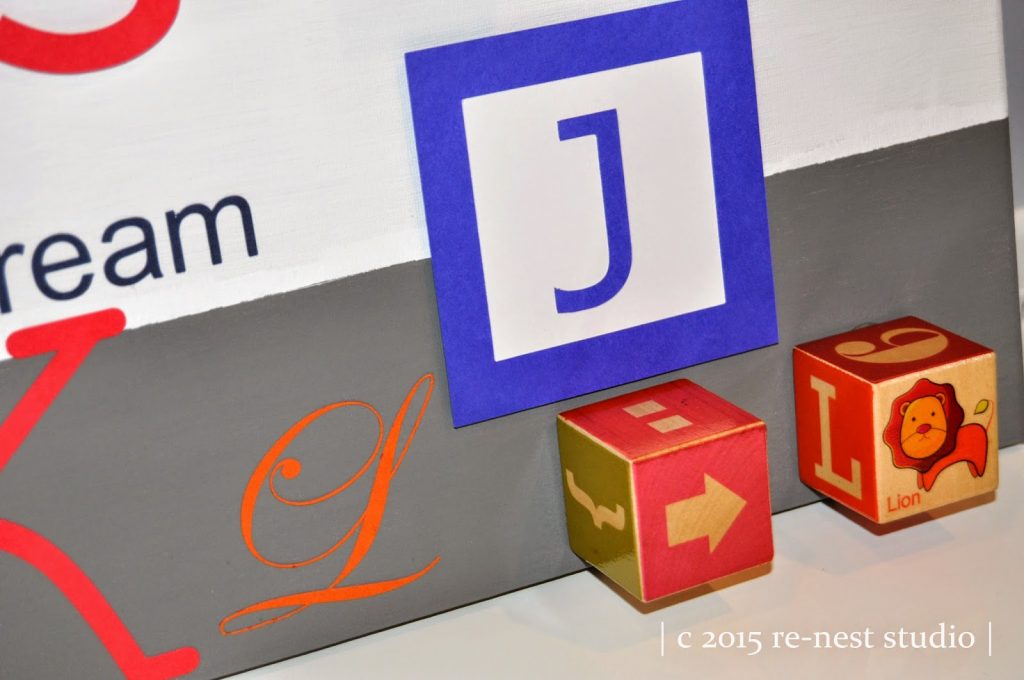 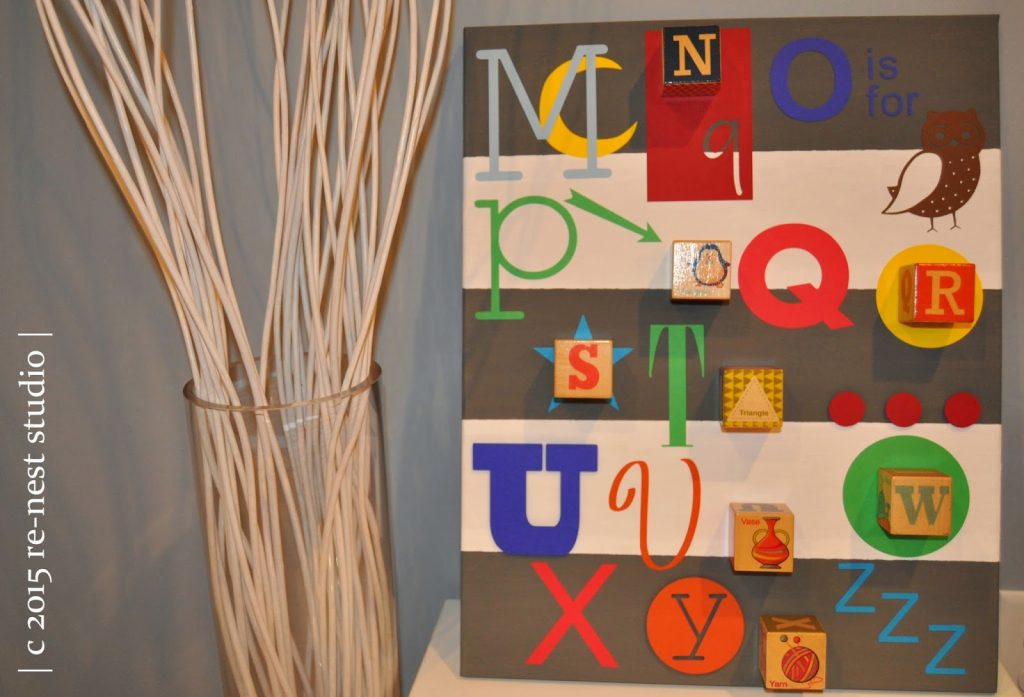 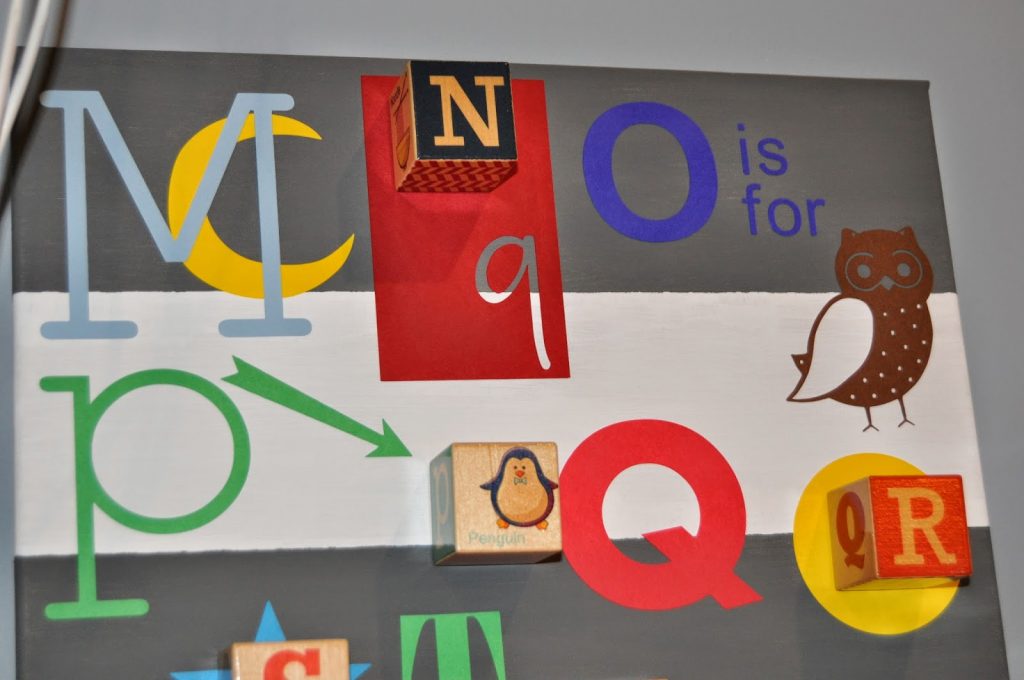 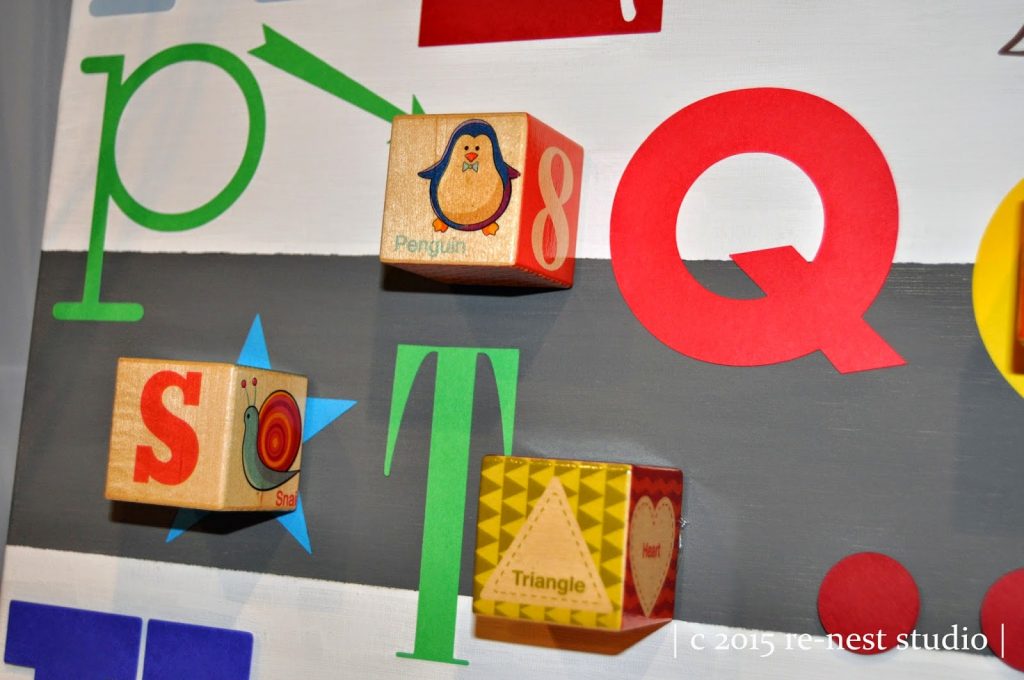 hope you enjoyed seeing this latest creation! i can’t wait to see pics of this hanging in this little peanut’s nursery!

happy birthday to me! (+ a big announcement!) 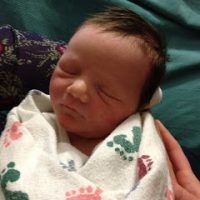 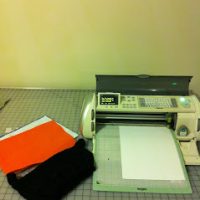